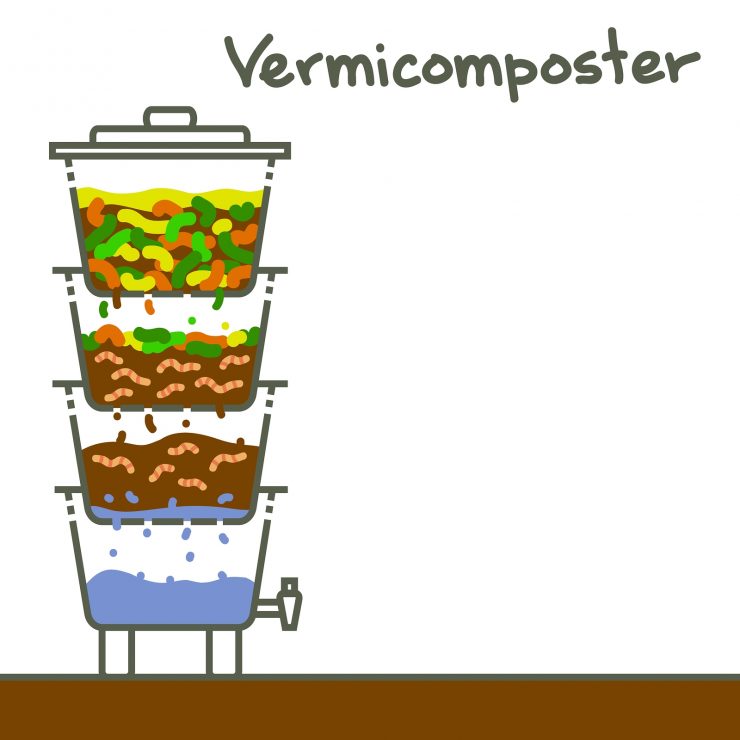 A lot of people often assume that composting and vermicomposting mean the same thing. When I started gardening, I also found it difficult to differentiate between both terms. Since both processes involve the bio-oxidation of organic waste, typically with human help, and both methods also require oxygen for optimal performance, I naturally assumed that they are the same. But that’s where their similarities end. After educating myself, I found that they are indeed different, and knowing the differences isn’t as difficult as it is portrayed to be. That said, what is the difference between compost and vermicompost?

Since both processes are carried out through the decomposition of organic waste, they can be said to be similar. However, one of the key differences between the two is that vermicompost is gotten through a process that involves the joint action of worms and microorganisms, while compost is obtained through a process that uses only microorganisms such as bacteria, fungi, and yeasts.

Compost and Vermicompost  (What exactly are they?)

Compost is a product obtained through a biological oxidation process called composting. This process deploys the use of different microorganisms, which are responsible for degrading different materials of organic origin. It has an earthy appearance, without odors or pathogens, and is widely used as a background fertilizer or partial or total substitute for chemical fertilizers.

Because it is a completely natural product, free of seeds and pathogens, it is widely used in agriculture and gardening, as it enriches the soil and promotes the growth and development of plants. It is also used in landscaping to control erosion, coverings, or soil recovery, among others.

The advantage of compost as a fertilizer or bio-fertilizer is that it allows the soil to have nutrients of organic origin already stabilized, and it does not cause imbalances in the ground as can happen when manure or fresh organic waste is applied. What’s more? It ensures that the initial imbalance which usually occurs as a result of the soil’s need to make use of nitrogen for decomposition is avoided

Also known as earthworm humus, vermicompost is a product obtained through a technique called vermicomposting. It involves the bio-oxidation and stabilization of organic matter through the use of earthworms and microorganisms. Vermicompost has a dark color, with a pleasant smell and is soft to the touch. Due to its great biostability, it prevents its fermentation or rot and also helps to improve the physical, chemical, and biological conditions of the soil.

In clear terms, vermicomposting is a natural and environmentally friendly process of placing in a container or the compost pile, worms that feed on organic waste that we regularly discard when preparing meals. These worms eat the equivalent of their weight per day of these organic matters and reduce by five the initial volume which they will have absorbed. After a phase of digestion, in which the worms reject the odorless material, the final product is called vermicompost.

Vermicompost is a nutrient-rich amendment for plants (nitrogen, phosphorus, potassium, calcium, and magnesium). It improves aeration and soil structure by increasing its water retention capacity. Plants that receive vermicompost are more productive and generally more resistant to disease.

What are the advantages and disadvantages of compost and vermicompost?

Now that we know have a clear idea of what both processes entail, what are the advantages and disadvantages of each of them. Below is a list of the key differences between compost and vermicompost.

Advantages and disadvantages of compost

Advantages and disadvantages of VERMICOMPOST?

Key differences between Compost and Vermicompost?

To the real deal of the article, let’s discuss the differences between these two processes.

Compost requires periodical manual labor to aerate the nutrients in a pile. This way, the inner pile would not have absorbed too much heat that could kill the necessary micro-organisms available in the compost pile. However, the same cannot be said for vermicomposting. In this system, there are already available worms in a pile, and these organisms create air pathways to enable the nutrients to flourish across all parts. Practically, there is no need for manual labor to preserve nutrients.

When it comes to quality nutrients, vermicompost tends to contain more than ordinary compost. The former is highly concentrated with nitrogen and phosphorous than the latter.

Vermicomposting is more convenient to handle than traditional compost. They don’t require much space, labor, or a specific weather condition to function as their conventional counterparts.

Fertilization with Compost and Vermicompost

Fertilization using compost and vermicompost has to be done rationally. This implies that you need to have ample knowledge of different nutrients, calculate the available fertilization units, the percentage of nutrients contained therein, and the form, to determine the timing.

Generally, the nutrient concentration of compost and vermicompost varies depending on the raw materials used in its production.

Compost and Vermicompost (Which is better?)

The truth is, it can be quite tricky to decide on which is better. This is because both methods have their potential bests in different ramifications.  To make things easier, we have added a list of options, and the preferable choice to go for.

Option: If you want to grow vegetables and organic waste, which include food, scraps, coffee, eggshells, etc.

Option: If you don’t have much time to devote to waste management.

Option: You live in an area where the night-day temperature variation is very high

Option: If you can buy a composter.

Option: If you are unable to get worms.

Option: If you are gradually adding organic waste for planting

As to which of these two processes is better, it depends entirely on the situation and how you intend to use the finished product. But you can still get the best of both worlds. By pre-composting the vermicomposted waste materials, you can access the benefits of both processes. Do not forget that before you settle on a specific method, your options need to have been weighed extensively. Happy composting! 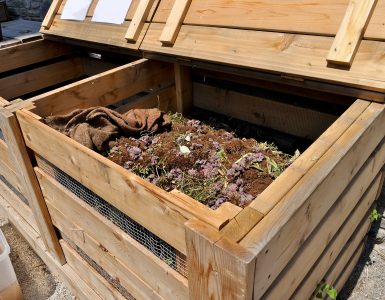