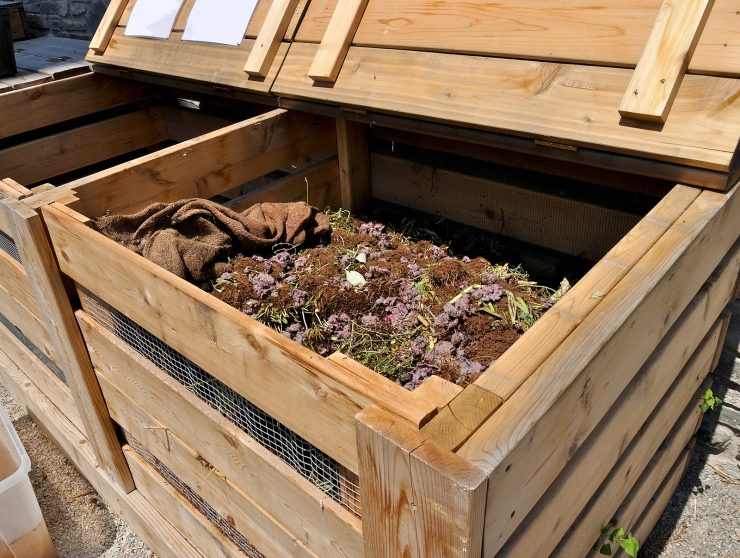 Composting is one of the most interesting parts of gardening – if you’re doing it right. Many gardeners prefer to heap their compost into a bare-earth pile on a random, sun-lit corner of their garden. While it’s quite helpful for the compost to be close to the earth, this method has a lot of disadvantages.

For starters, you can’t completely keep rodents out of your compost and when it’s not confined to a space or a container, your home will become a sort of rodent shopping mall. Also, the odor can be so offensive your neighbors could report you to the authorities.

Truly, you can’t underrate the importance of having a compost bin at home. These containers play a major role in maintaining the texture of the compost from the time you created it to maturity.

One major issue is getting around the hassles of building one. On that note, before you set about doing so, it’s important to understand the concepts involved and the role they play in the production of healthy, viable compost.

What is a Compost Bin?

Your compost needs to be aerated and preserved until it performs the expected task. During the process of decomposition, it’s important to provide sufficient but regulated air for effective breakdown to occur. This is the idea behind compost bins and tumblers. Many gardeners exploring composting often mistake one for the other. It’s worth mentioning that a compost bin is quite different from a compost tumbler.

First, a compost bin has openings beneath it. It’s set directly on the ground. From these openings, air could easily penetrate the compost mixed inside the bin. Another distinct feature is that a compost bin is far easier to build. It’s not surprising why many gardeners choose it over tumblers.

On the other hand, compost tumblers come in the form of sealed drums that are raised off the ground. Depending on the source of air, they can be spun towards any suitable position for proper aeration. While compost tumblers are pretty expensive and a lot more time-consuming if you choose to DIY, they are a lot faster and more convenient for composting. Also, you’d have less of a rodent situation since the tumblers are raised off the ground.

How can I build a Compost Bin?

Before we get into this section, it’s important to note that compost bins come in different forms. Hence, their construction takes different formats. Let’s get to work to build a compost bin.

This particular structure is perfect when a lot of your compost mix would contain vegetables and fruit peels. You’d most likely want the introduction of worms to eat the scraps of vegetables, thereby, converting them to organic matter. For this reason, you’d have to build a compost bin that would allow for easy worm penetration.

Below are the materials you need to build one:

With the above materials and tools ready, you can now set about the task of constructing a worm compost bin. Follow the steps below to build one:

Note: When the bin is ready, ensure that you place it in a convenient place. Also, take care not to place it in direct sunlight or in a relatively cold environment.

As stated earlier, there are many variations of compost bins. Hence, you should choose and build one that meets your composting needs. Nevertheless, you can take advantage of the general format (general-purpose compost bin), which meets most of the requirements of your compost needs.

It doesn’t prove a hard task to build this bin.

The steps below would guide you:

Yes, it does. Oxygen and nitrogen are two of the most important elements required for decomposition to occur, and they are found abundantly in air. A sufficient supply of oxygen also helps to keep anaerobic matter from rotting the compost. Integrating air holes into the sides, tops and bottoms of compost bins would help to balance out the process and improve the overall rate of decomposition.

Can you put a Compost Bin on Concrete?

Many gardeners considering building a compost bin often wonder about the viability of placing a compost bin or tumbler on a concrete floor. While many argue that this is a wrong move since worms won’t find their way easily into the bin, another notion suggests that erecting the bin on concrete doesn’t disrupt the process of composting. Worms are known to slither anywhere they can.

Building a compost bin is one of the easiest things you can do. If you have the right materials and the construction details (such as the ones detailed on the list), it wouldn’t be a difficult task to construct one. In addition, you can insert air holes and place your compost bin on concrete without attracting any negative effects.